The free version of the game has been updated! 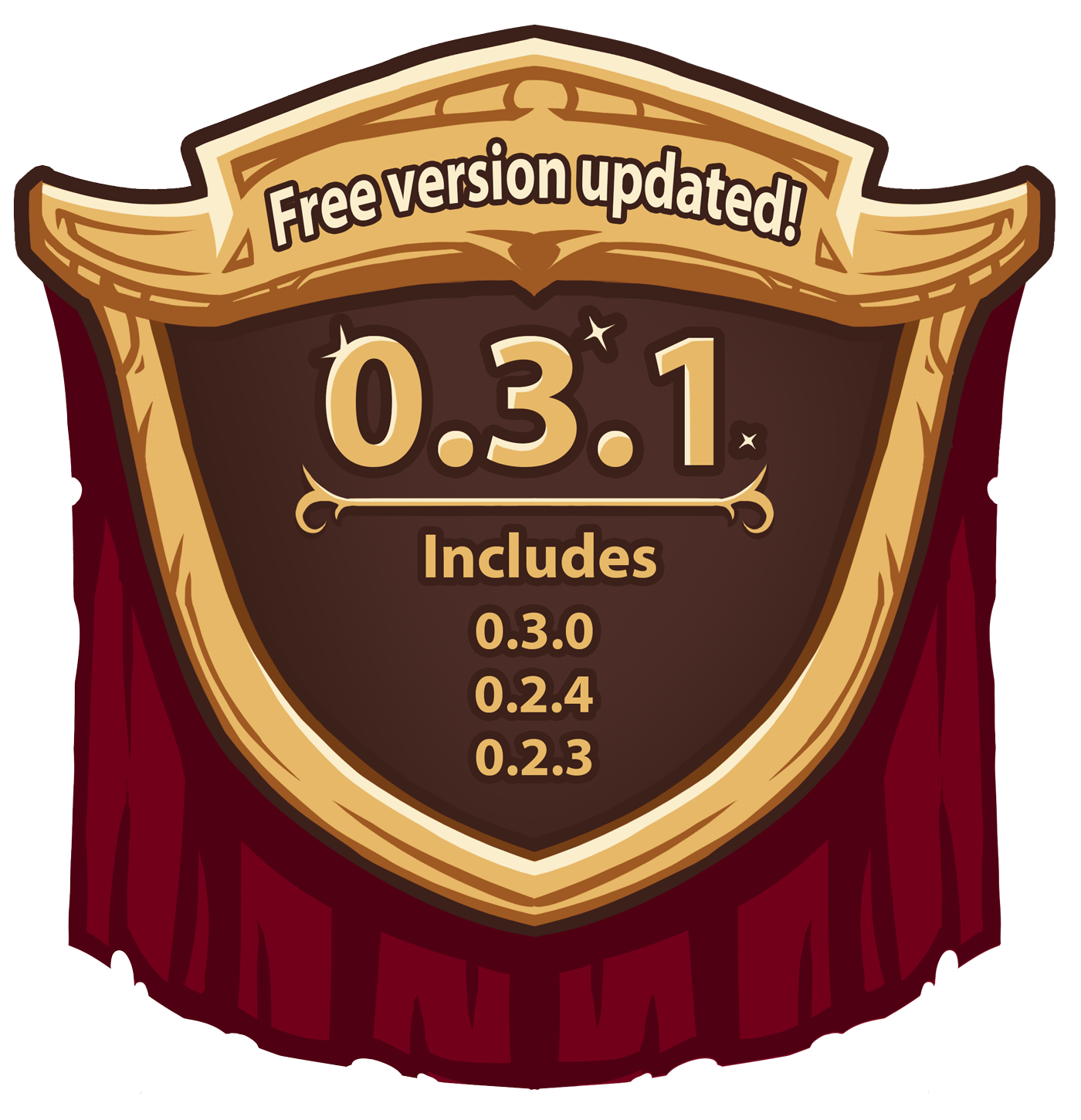 A NSFW RPG about exploring a fantasy world

After beating the twins, getting Jake a job and unlocking the women stripping in the arena is there more or is that as far as the game goes.

Just had a chance to try it, so far the story is great, and the characters are cute. though I wish there were more options with Sam, so far there seems to be no way for the main character to get some vitamin R from him ;) .

Can do an android version in future?

Sadly not supposed, and I don't own a mac to use X-code for compiling the game. Apologies

Can you give some hint what to do after fight with the twin lizards in underground?

Have you been to the aquaducts and waterways?

aqueducts no but sewers yes

how to get to aqueducts? i cant go to the north of city and in sewers i found secret door and shop but there are no way to go further

Wasn't there a "Like-System" implemented once? - I found that working for the Inn-Owner does give a few, but not for others, it seemed.

I just ran the Windows-Version via WINE on Linux (not the "Linux-Version" since there is [unfortunately!] none - thanks sleep-deprivation *lol* ) for a while now to see how it works...

Well, I ran the Version via WINE, ok... ^_^ - But it would be nice to have a native Linux version since for some weird reason, that I couldn't figure out yet, the Game running via WINE ramps up my fan speeds to maximum. ^_^

But the part about the "Like/Reputation/Affection System" still is there...I've just been a "little bit" sleep-deprived after a night of playing it to the Dragon Couple. *chuckle*

And is it a known thing in the public version, that the font settings aren't saved - since they seem to be reset each time from Arial when I restart the Game and I need to go into options and set them to it again.

Also, there are only random animated scenes so far - not even the one on the Game Site yet (like the naughty scenes with the skinks after fighting in the catacombs) - even though I have the Animations on in settings.

The "Magics" and "Location(s)" section of the Journal also doesn't show the Catacombs or Sewers as an own part - is that working as intended or not? Would be nice to have a Portal Stone for the Dragons after having saved them from their eternal seal.

So, I dunno if that's part of the issues of this older version still or maybe even because of the Windows-Emulation Environment (even though other Games work as intended)...hmmm.

I'm not strong in Linux sadly : (
- I'll make a note on seeing if I can make the font save as well : )
- There's some animations in the free version, but most are sealed in the patreon version sadly.
- Hmm, I could think up something on the locations you mention. Quicktravel points are there only two of currently though: forest and city. Will think on that

Thanks for your answers.

Now I also understand a little more about the Game and your development (what's Patreon and what's public/free version).

I was merely wondering about the Journal-Entries, that didn't show up all the info I thought were already "discovered" at the progression of the Game (magic spells - which I love the little Puzzle-Minigames to unlock the discovered ones for, btw. <3 - and just the descriptions of locations). The QuickTravel-Points kinda make sense for the most part - just having one in the Throne Room with the powerful Dragon Couple would be nice to be able to skip the long way through the hot Catacombs when we wanna visit them. ^_^

Do you think the Game will have a "finite" version or is it a "progressing project" like some others (like Lustful Desires and similar projects seem to be, for example)?
Since it would be nice to still see the naughty scenes animated and some developers - like Grizzly Gamer Studios with "Robin Morningwood" - also offered a one-time payment option for the final version relatively early here on Patreon, that was definitely a bit higher (around 32 or 39 € even), but allows to get every iteration/fresh version of the Game here afterwards. I really liked that option since I can save up to it and then spend it once and enjoy the full content of their work while also having contributed to the work involved.

And I don't know which platform you're developing the Game on: if you're developing on MacOS a Linux Version that's "built out of the Development Platform" should be working right away with some luck. If you're working/coding under Windows though, you might need to set an "executable bit" via chmod-command (some Linux Versions already support to do that via their integrated graphical UI-Browsers nowadays) to those files, that are supposed to be that since Windows File System doesn't "know" this function (only MacOS- and Linux have these).
But, it's a quite easy step to do and even if you're developing on Windows (which I presume since you only published a Windows-Version of the Game so far) and do have less experience under Linux, you could even boot to a Linux-USB-stick, that has enough space to copy the Game-files for Linux there,  change the necessary files' properties, zip/pack them and then publish them without the need to even change your working system.

Plus: Linux Communities are rather a helpful bunch of people for the most part, who might help you finding what you need - even though you might wanna mention, that you prefer the least intrusive/complex solution ^_^ sometimes.

Cheers and looking forward to what you're gonna do with it. I've got a couple of Games with native Linux Versions (Grove, Forest of Love 2 and a couple of others), that run really smoothly on my Manjaro System now, even though Grove needed a rename of a certain folder, since Linux-(and MacOS)File-System(s) are cas-sensitive, which Windows is not necessarily (depending on the file-system used and obviously addressing in Windows also works without caring for case-sensitivity still when it is under NTFS) so.

P.S.: The craft-able clothes for the cute mouse-companion do show up, but not for the player's character - it only ever shows itself in the rags from the original character creation screen (at least with the human I chose).
And while my dog-companion got 2 more skillpoints even after having been maxed-out, Mouse-boy missed one to fill up the whole skill-tree completely (known issue?).
I'm not sure if I mix something up with this since there are a couple of Games out there with that mechanic and in yours the only Skill I found was "Fantasize", that kinda allows some naughtiness to be deliberately acted out (with the cost of losing the fight though). So, had you ever or might you ever consider implemented/-ing a "seduce"-skill to also win fights sexually/erotically instead of with violence (magic/melee)?
That would be kinda really cool, but if you don't intend it because it would add significant complexity to the whole code, I'm sure, I very much understand you when you'd rather not and leave that out since the Gameplay/-mechanic is already pretty complex so far (I'm s a sucker for complexity though since it makes progress less predictable and more exciting - why I'm asking ;-P ).

Sorry for the long text though, I tried to keep it precise though and hope I didn't babble too much insignificant stuff besides the important one. ^_^